You are here: Home / About RUHS / Our Graduates

Milwaukee Public Schools launched a marketing campaign celebrating some of Milwaukee’s great graduates. Some of our own Riverside graduates are featured in the campaign. 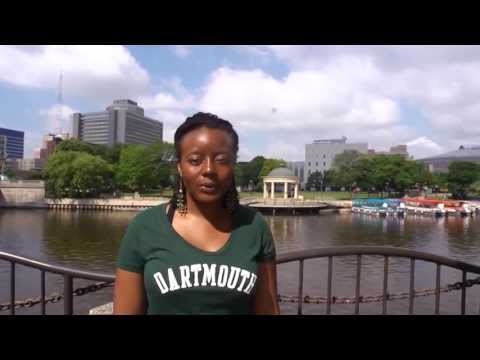 Riverside University High School Class of 2013 grad Kali Huettl wanted to go to a historically black college and “obviously couldn’t go to Morehouse” (the all-male private college in Atlanta), so she decided on Morehouse rival and neighbor Clark Atlanta University.

Kali is one of three MPS 2013 Gates Millennium Scholars, and one of just 1,000 Class of 2013 students nationwide who have been guaranteed a good-through-graduation scholarship that covers 100% of a student’s unmet need for tuition, fees, books and living expenses. If Kali pursues a graduate degree in a STEM (science, technology, engineering, math) field, the Bill and Melinda Gates Foundation picks up the bill for graduate school, too.

Riverside University High School co-valedictorian Nandi Mallett has always been fascinated by TV shows about hospitals and emergency rooms. When she heads off to Howard University in Washington, D.C., this fall, she plans to study biology with a concentration in pre-med. As a kid, she dreamed of becoming a scientist of meteorologist, but these days she plans to go to medical school at Howard or UW-Madison with a focus on pediatric neurology or radiology.

Throughout high school, Nandi was able to balance a rigorous course load with her pursuits in student government, music and sports. An alto saxophonist, Nandi played in the symphonic band and was the also drum major of the Riverside marching band. She also played varsity volleyball. She was Senior Class Secretary and Point Secretary for the National Honor Society and a member of the Nia Club.

Visit http://mpsmke.com/succeed to read more graduate profiles and MPS success stories. You can also visit the district’s social media pages to see more – or to share your own success story.

There are no upcoming events.

MPS eNewsletter Sign-Up
Whether or not you have a child enrolled at an MPS school or are an employee, all of our community members have a vested interest in what goes on at MPS. Subscribe to our eNewsletters for important updates and information.
Sign Up Now
Privacy Policy